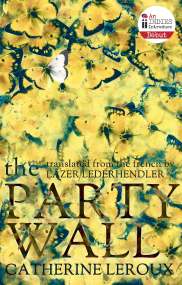 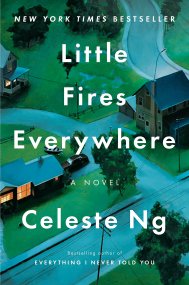 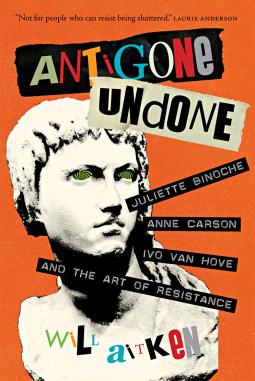 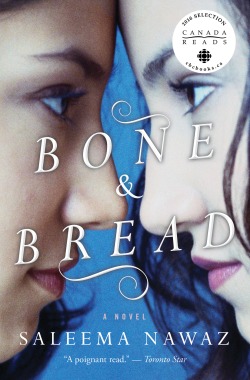 Loves, I haven’t written in a while. I know. There you are, sitting around waiting patiently, in quiet desperation, for me to tell you what to read. And here I am, barely able to make it through a page before I have to get up out of my chair and rush with great urgency to feed, rock, hug, wipe, play with, or find something for one of my kids. Here’s my advice–if you would like to spend the rest of your days in uninterrupted reading, do not have children. If you can deal with going through the same paragraph over and over and over again, by all means, reproduce. And for godsake, get a spiffy bookmark and use it with the gusto of a drowning man grabbing a life preserver.

The Party Wall by Catherine LeRoux (trans. Lazer Lederhendler) was truly beautiful. The stories are all vaguely interconnected, which didn’t seem strictly necessary, but does make the whole book slightly more interesting about halfway through, when you suddenly feel like you’re in on something. I really liked the way it sort of pushes the boundaries of familial relationships, and explores their borders. But I think my favourite part was simply the translation. If you want to be a translator, read this book. The way that you feel about the language while reading, is the way that you want anyone reading your translations to feel. Smooth as butter.

The Girl Who Was Saturday Night and The Lonely Hearts Hotel by Heather O’Neill were both wonderful. Something I so admire about O’Neill’s books, and her writing career in general, is how steadily her work has increased in quality over the years. I have the impression that most novelists follow a pattern of one breakout wonderful first novel, and then an okay second novel that basically follows the same formula as the first, and then a third novel that is either terrible (and said novelist disappears) or even more fantastic than the first (and that writer goes on to have a stellar literary career). Not so here. Lullabies for Little Criminals was really charming and absolutely well written, in a punked-out 90s kind of way. And then The Girl Who Was Saturday Night was even better, featuring a lot of the same themes but deepening them and providing less a portrait-of-life and more a coming-of-age. It was also a novel that engaged in the recent history of this city (and more largely speaking, Quebec), which just lent it more weight. But The Lonely Hearts Hotel is phenomenal. Not only because it is a great novel, but because reading it directly after the other two makes it seem that the book is somehow the fruition of a process set in place from the very first book. You have the impression that somehow O’Neill’s female protagonists are growing up along with her. And it really seems like with each book, she sets herself up with some kind of challenge, a call to go further than she went before, along the same path. I really cannot recommend enough going through all three of these novels in quick succession. Though, if I had to make one criticism (like, held at gunpoint criticism), the latest novel had maybe a few too many of poignant similes.

Bone and Bread by Saleema Nawaz is not, as far as I can tell, one of the more famous Montreal novels and I DO NOT UNDERSTAND WHY. This book is so good. It’s about motherhood and sisterhood, about immigration and cultural fluidity, about private pain and healing in the company of loved ones. And also, it is written so so so well. Nawaz’s prose somehow makes you feel like you’re at home. Comfortable, not terribly demanding but absolutely fulfilling. (I think there was some talk in the reviews I read of the writing being not quite economic enough. But I have to say, I found the Balzacian detail to be a driving force, not a distraction. When you’re dealing with one character who has obsessive-compulsive disorder and another who is a) literarily minded and b) responsible for watching all of her sister’s actions like a hawk, you end up with a very detailed story. The thick prose, to me, seemed absolutely necessary to the dictates of the novel. Subject and style are not separate but have to rendered together.) The book is, in part, a tale of disordered eating and the highly complex psychological situations in which disordered eating occurs. In that, I thought it was a job well done. The main character’s eating disorder is not a metaphor or a symbol or any other kind of signifier. It does not stand in for hunger for love, or need for control, or the consequence of outsiderism and removal from the self. It is all of those things and also a thing unto itself, explored in its many causes and ramifications.

Antigone Undone by Will Aitken was so damn cool. It’s part intimate portrayal of a depressive episode spurred on by a particular production of the play, part travelogue, part behind-the-scenes glimpse at the theatre world, part intellectual exploration of this character and her various interpreters throughout the ages. If you want to know more, I interviewed Will here at carte blanche.

Little Fires Everywhere by Celeste Ng was a little tough to get through, if only because it is about various forms of maternal abandonment and, I mean, damn, I just had a baby…and hormones and stuff…but it’s so good I kept reading. I’m gonna go ahead and say that it’s not quite as good as Everything I Never Told You. (Which means it is still amazing, because that book sets the bar as high as any.) The characterization is a little less than complete (despite a lot of “She was like this…” and “He had always felt that…” show, don’t tell, and so forth), and there were various points in the novel where I seriously questioned certain actions, as well as some basic plot points. But all in all it’s a book you can’t put down. And it will be adapted into a film, so read it now before it gets Washington’d and Witherspoon’d!

Motherhood by Sheila Heti is…I have a lot of words about it. The book comes out in May, so I won’t say much here. (And shall thereby save all my Thoughts and Feelings for a full-length review, which I am currently in the process of pitching. Anyone interested in a 2000-2500-word review that could either be longer or shorter, depending on how much you want me to harp on about thinking through motherhood as an example of philosophical aporia?) Suffice it to say, it’s Heti at her best. The thinner the autofictional veil, the more I tend to dislike a book. (And her comments about fictional writing, and how she’s just “increasingly less interested” in doing it, I find to be deeply troubling, for so many reasons that are overly intellectual and that I have no desire to bore you with.) But the dictates of the style are so well handled here. And on her (as on Karl Ove Knausgard) it seems to work.

The Signature of All Things by Elizabeth Gilbert was fantastic. Masterful storytelling, broad themes dealt with in great complexity, lovely prose, and minutely detailed research. Plus, pretty much anything set in the 19th century is automatically captivating. (To me. Is that me? Everything that happened in the 19th century is like Bob Dylan plugging into an amp. The entire history of everything was rewritten every day. Most of it, granted, was awful…but definitely interesting…) Anyway, I really had thought that Elizabeth Gilbert didn’t write “real” books, based purely on the fact that her memoir was made into a movie with Julia Roberts. I know. I really am a snob. But I have seen the error of my ways! This book…I can’t say enough about what a pleasure it is to read. If you loved Barbara Kingsolver’s The Poisonwood Bible you will love this novel hard. Actually, read them together if you’re so inclined…

Anyway, I’m glad we had this chat. Let me know if you have any questions. And stay tuned, currently I’m reading: A Three-Tiered Pastel Dream (Lesley Trites), A Life’s Work (Rachel Cusk), What Are We Doing Here? (Marilynne Robinson) and Songs for the Cold of Heart (Éric DuPont).