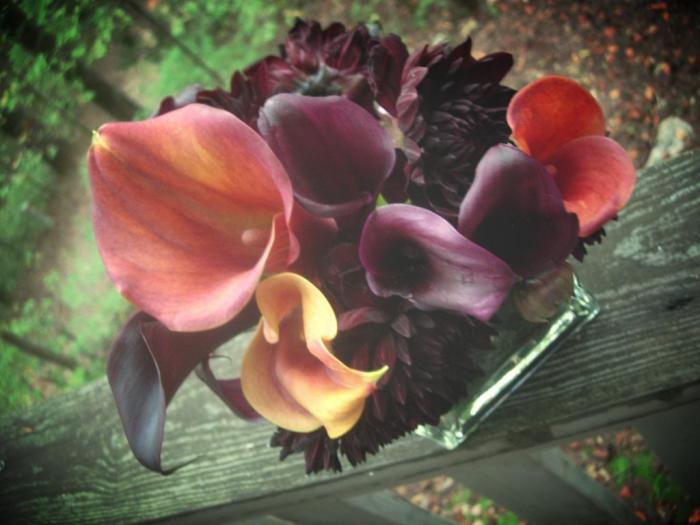 They arrived on her parents’ front porch one crisp autumn day. They were parched and sad. Little surprise, as they had travelled all the way from Holland to an unforgivingly suburban spot in the polluted metropolitan Atlanta-scape.

They were trimmed and placed in filtered water for a couple of days, which made them come back to life, then driven, in the back seat of a mini-van, through the Appalachian foothills of North Georgia, all the way to Unicoi State Park.

They were allowed to rest. 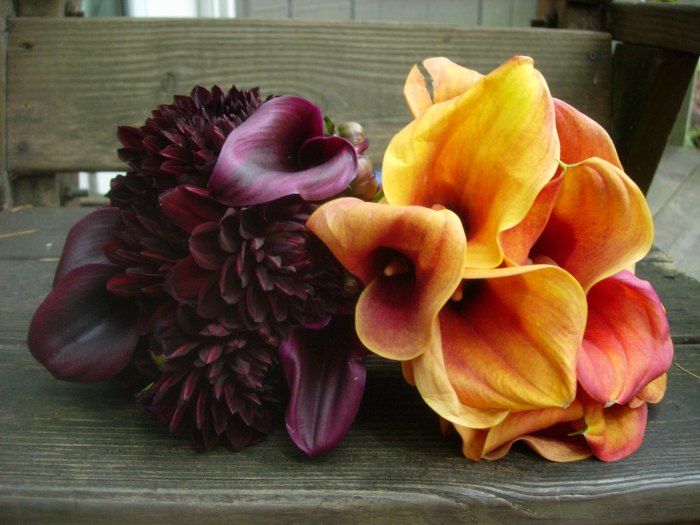 Some were plucked out of the crowd and squished into bouquets, like cousins in a backseat. They were told not to fight.

The rest were driven down the road a ways and arranged by magic hands in jars upon festive tables. They were surrounded by candlelight and many happy people. They were adored. 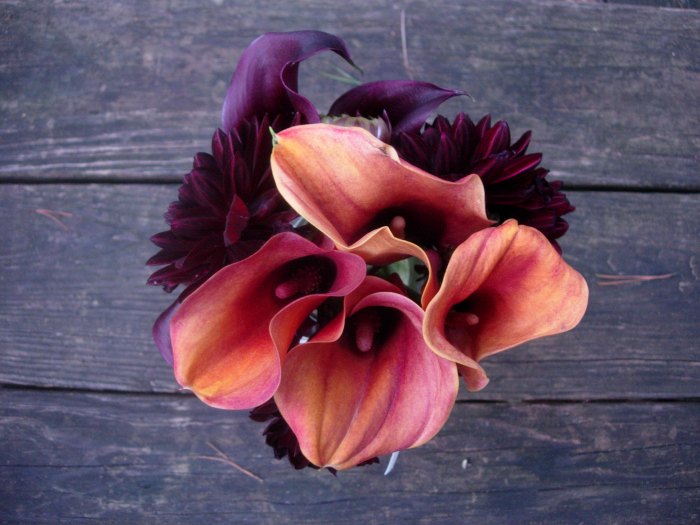 They were not the only wedding guests of Dutch descent. Had they wanted to, they could have conversed fluently with at least one or two party-goers. Perhaps they would have talked about the strange paths that led them all from their homeland to a little wedding in the middle of the woods in a southern united state. Who would have thought it? But there they all were, witness to the fact that the world is indeed a small one.
After all of the candlelit celebration, they were divided up and given new homes. Some went as far as North Carolina. Some made it to Florida. For many, Unicoi State Park was their final destination.

Several of this group bore witness to a touching display of tears, as their benefactress, with messy hair, tired eyes, and a white dress slumped over her arm for packing, suddenly seized a camera and started snapping pictures, placing them in different positions so as to evoke the different emotions of the day. They looked on sadly as she tried to capture every last little detail, fearing that the memory of their exact color and the shape of their petals would fade away, hoping that she had told each and every one how glad she was to have them there, wanting desperately for every moment of their time together to have been fully savored, knowing that there would be such a huge hole in her heart after she parted from their company, thanking them silently for having travelled from the far corners of the earth to be present on this most special of days, and apologizing profusely for the flukes of geography which create lines that cut both ways – bringing love into being only to separate loved ones.

While it seemed strange to them that she should be so overwhelmed by their parting – they were, after all, only flowers – they reluctantly agreed that she perhaps had something more than flowers on her mind. Perhaps all those smiling faces, some of whose voyages far outstretched the flowers’ impressive trek, but whose hearts remain close. 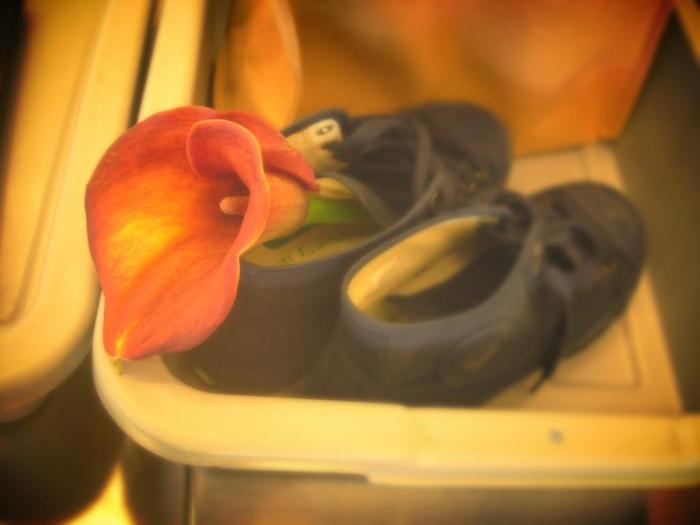 For one intrepid bloom, however, the voyage was to be yet longer…

It was snatched from the rest of the group, taken by hand and driven all the way from the North Georgia Hills, back through the city of Atlanta, and into the airport. It waited in line at security, where it was placed in a shoe for safe keeping. It was vaguely annoyed at the hour-long flight delay, and anxious during the flight itself, though it was safely tucked in next to the Sky Mall catalog. (For no particular reason, it now desires to possess, among other things, a wall-sized crossword puzzle, a soda-maker, and a miniature pinball machine.) It passed through customs, hoping no one would notice the fact that it was, yes, a cut flower from a foreign country, and holding its breath as it was allowed to proceed into Canada under the status of “visitor” and not hauled into the immigration office. It survived a bus ride into the city of Montreal, terrified at the post-apocalyptic state of the bridges, descended under ground, sped along the orange line, and gulped in the fresh air upon exiting Laurier station and strolling along the street of its new home.

It now rests in a coffee mug near the window. It is still healthy and continues to sit pretty, gazed upon by the couple who look less tired and more in love as the days go along. It misses the rest of the flowers, but is thoroughly enjoying its new home. There is a lot of happiness here.

It will not be taken along on the honeymoon.